PipelineWayIn: intact rainforest from 2 to 4 km inside Pipeline Road. This area is behind a gate, so it is open mostly to only foot traffic; need to pay $5 per person entry fee if park guards are present. Typical birds include those of PipelineIn, plus an occasional Sunbittern. Typical mammals are the same as those in PipelineIn. Ambiance: Beautiful, intact tropical rainforest; we often walk a bit into the forest to see past the thick layer of vegetation along the road/trail (unlike Plantation Road). Very little vehicle traffic (like a few per day),  so the feeling here is more of a wide trail than a road (unlike PipelineIn).

Discovery Center, a non-profit concession within the park, is located 2 km inside the front gate of Pipeline Road. It has a tower (you need to walk up and down 175 steps), trails, pond (larger than Ammo Pond), and hummingbird feeders. There is a $20 per-person entry fee to the center if you go with a guide, and a $30 per-person fee if you go without one (guides are not charged). Typical birds include those of PLin plus Snail Kite, Masked Duck (seasonally), herons, gallinules, Lesser Kiskadee, and usually about 8 species of hummingbirds at the feeders (e.g., Long-billed Hermit, White-necked Jacobin, Crowned Woodnymph, Rufous-crested Coquette (seasonally); White-vented Plumeleteer; Blue-chested, Violet-bellied, and Rufous-tailed hummingbirds). Typical mammals are the same as those in PipelineIn. Ambiance: Beautiful, tropical rainforest, somewhat younger than forest along PipelineIn and PipelineWayIn. We rarely need to walk into the forest to see birds here because of the extensive trail system, and the prohibitively thick layer of vegetation along many of the trails (unlike Plantation Road).

Plantation Road is located about 8 km south of Gamboa (between the city and Gamboa); it starts along the main road, at the entrance to Canopy Lodge. Typical birds are very similar to those of PLin and PLway in, but with an occasional Sunbittern and many more Golden-crowned Spadebills. Typical mammals are the same as those in PipelineIn. Ambiance: Forests are more beautiful than those in PipelineIn, PipelineWayIn, or Discovery Center due to the trail paralleling a lovely creek, and due to easy viewing afforded by less vegetation along the trail and by an open understory; unlike Pipeline Road, no vehicle traffic is permitted. 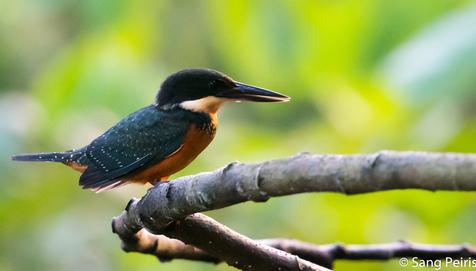 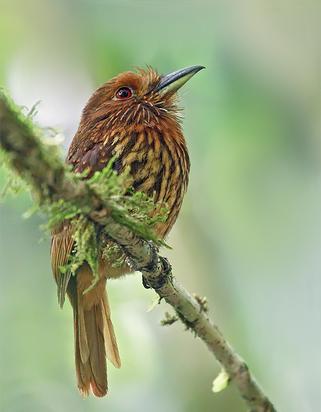 ​​​Book your tour at